First, access your instance via ssh and update your Ubuntu 16.04 LTS, 18.04 LTS or Debian 9 instances using the command. 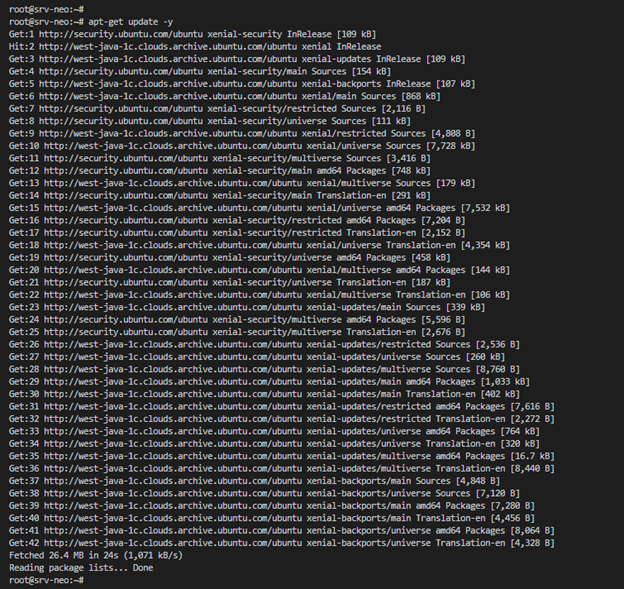 Install the dependencies needed to run S3FS, here are the commands

After the S3FS file link has been obtained, download the file using the command 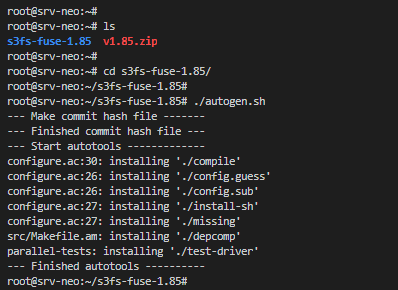 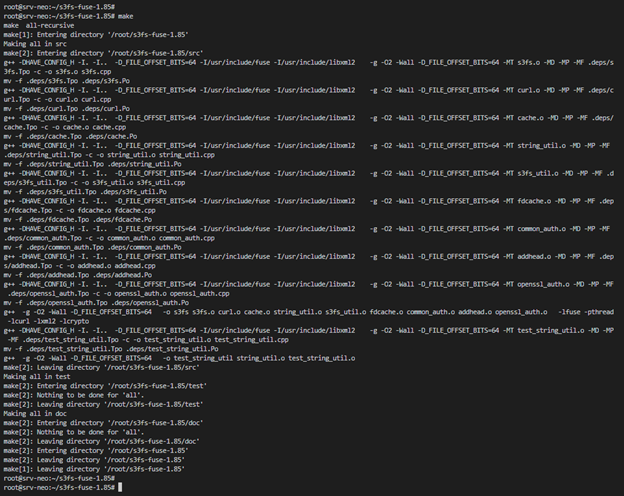 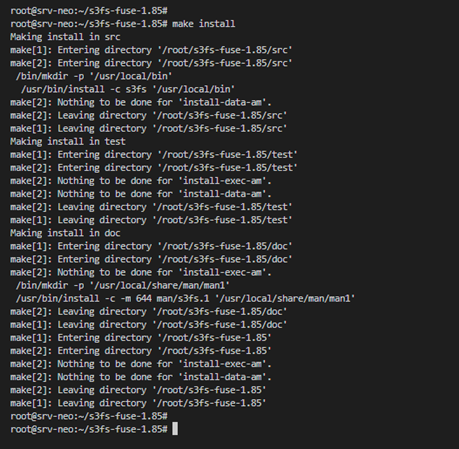 Specifies the destination directory for mount object storage. Here we will create a new folder with the name of the object-storage-s3 folder that is in the / var / directory, the folder naming can be adjusted according to your needs, the following commands can be used.

To see Secret_Key please click on the show menu in the image above, here are the results

Create a credential object storage on the instance side and give 600 permissions to the credential file, following the commands used

Next, mount the storage object bucket that was created on the instance using s3fs and the commands used

nama_bucket: Fill in the bucket name that was created previously on portal.neo.id

/ path / to / directory: Fill in the directory that was created previously on the instance

passwd_file: The credential storage object directory that was created earlier on the instance

Url: Adjust the url of the storage object to view it via portal.neo.id

In the picture above, you can see that the bucket is mounted using s3fs.

Adjust the folder naming as needed

Make sure that in the bucket directory / var / object-storage-s3 there are folders and files that have been previously uploaded to portal.neo.id, the following commands can be used 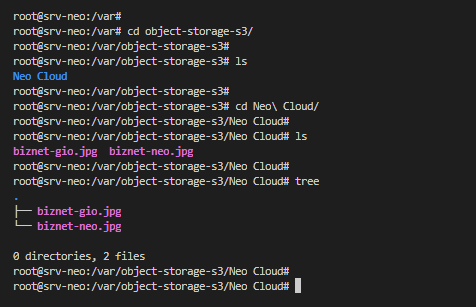 CNAME  or Canonical Name is an entry at DNS as record that used to be an alias an...

How to connect S3 storage with Platform Android Application

In this article, to connect the S3 Storage we have to order NEO Object Storage se...

How to Backup WHM / cPanel to NEO Object Storage

Data backup is one of the most important things in a business, with regular backu...

NEO Object Storage provides the S3 Native API.  In it, all functions are active b...